I’ve always had an admiration for cassettes. Cawatana was born in an age when cassettes were forgotten, we had no possibility to have a cassette release (our previous band had released many cassettes). I already wanted to release a cassette some years ago, a split release with a Hungarian band, but at the end, due to different reasons (from my side and also from the other side) it was discarded. But now, with the two 7″ vinyls, came the idea again to release a cassette as well. But these three songs, about 10 minutes were not really sufficient for a complete cassette. So I was thinking about what else I could provide. 6 years ago, for the 15th anniversary of the band I released a digital only EP, called Again, that contained some reworked, re-recorded older songs, in 15 minutes. I’ve never liked digital only releases, I’ve always preferred physical formats, so it seemed to be a good idea to pair these songs with the new ones (that were created for the 20th anniversary of the band, and also reworked, re-recorded older songs, in a different way). But this way there was 5 minutes space left on side A. There are some songs we recorded for different compilations but they were never released. I was hesitating which one to choose, but finally I’ve decided upon New Dawn Fades, an acoustic cover we recorded in 2004 with many guest musicians (I think that’s the song where we have the most contributors), perhaps this song fits the best to the other ones. This song was officially never released before, it was published just for one day on Myspace and last.fm in 2007, so it’s available for the first time in physical format, 16 years after it was recorded. And actually the songs from the 7″s are in different forms than on the vinyl release, different mastering (in case of In Deep Timelessness it’s also different mixing), so at the end we can say that all songs will be released for the first time in physical format in this form.

END_OF_DOCUMENT_TOKEN_TO_BE_REPLACED

It was announced almost exactly one year ago (to the 20th anniversary of the band) but due to different reasons it’s released only now. This 7″ contains a brand new song, written specifically for this release. This song is in the direction we’ve started with the two mini albums Advocation For Privileges and Decline Of Privileges: dark folk mixed with new wave/post punk, acoustic guitars with drum machine and synthesizers (but now analog synth instead of software).

This is the first new song in 5 years and very probably will be the last (brand new) one. It doesn’t mean that there won’t be new releases, I have a huge backlog, many unfinished songs from the last 15 years, probably I will finish some of them, reworking in today’s “situation”. So you can expect more releases in the (near) future.

This song is dedicated to the power of fusion. After listening to the songs I think some of you will know why.

END_OF_DOCUMENT_TOKEN_TO_BE_REPLACED

The earlier announced new 7″ is finally out as the first release of the new label Senkrecht Records. It contains two alternative versions of songs released before. Something in the Final Hour (original version appeared on Comprende CD, Gradual Hate/Twilight Records, 2016) got a dark synth pop rework (with the subtitle Living in the 80s version – but with the motto: no neon). On the other side of the 7″ the Pulse 4 Station version of the song Silver Light can be found. The originally post punk driven dark folk song (appeared on the Decline of Privileges EP, Lichterklang Records, 2015) got a minimal wave vibe in this new version with the addition of analog synths and drum machine.

These songs are dedicated to New Wave Szerűség for the inspiration.

END_OF_DOCUMENT_TOKEN_TO_BE_REPLACED

It was exactly 3 years ago, when I announced some changes in Cawatana and published a demo version of a song to demonstrate these changes. The main message of the announcement was, that I sold my guitars and bought analog synths, drum machines, sequencer instead, and we would play 80s synth pop music instead of neofolk. The date of the announcement was not accidental, it was 1st of April, and my purpose was, that everybody would think it was joke. But the real joke was, that it was not a joke. Actually I didn’t sell all my guitars (I sold my acoustic guitar, my 12-string acoustic guitar and my bass guitar, but one acoustic guitar left) and I didn’t buy many analog synths that time (I’ve started to buy all my stuff after that) but the direction was clear in my mind.
END_OF_DOCUMENT_TOKEN_TO_BE_REPLACED

Today is the 20th anniversary of our first concert and I think it’s a good occasion to announce our next release. I count the birth of Cawatana from the first concert. Actually it was planned as a one time occasion. In 1999 we got an invitation to a local festival for our band that was our “main band” that time, but we didn’t want to play with this band on this festival, but we didn’t want to decline the invitation either, so we decided to create a new programme for this festival, under a new name (which is coming from the name of that band anyway). We put together the set in 3 weeks, we wrote our very first songs for this concert (most of those songs we play till today). We liked it, so we decided to continue it, and in a short time it became our main band for a long time.
And now, after 20 years Cawatana is still here, not as active as at the beginning, but it’s normal, we are 20 years older. Not because to celebrate this anniversary (but it can be combined with it nicely) we will release a split 7″ with Larrnakh (our “sister band”, so to say, led by the person with whom we started Cawatana together 20 years ago).

END_OF_DOCUMENT_TOKEN_TO_BE_REPLACED

Cawatana will be 20 years old this year (the first concert was in October 1999). But actually we don’t plan anything for this occasion. But certainly we are open to everything, just contact us if you want us… 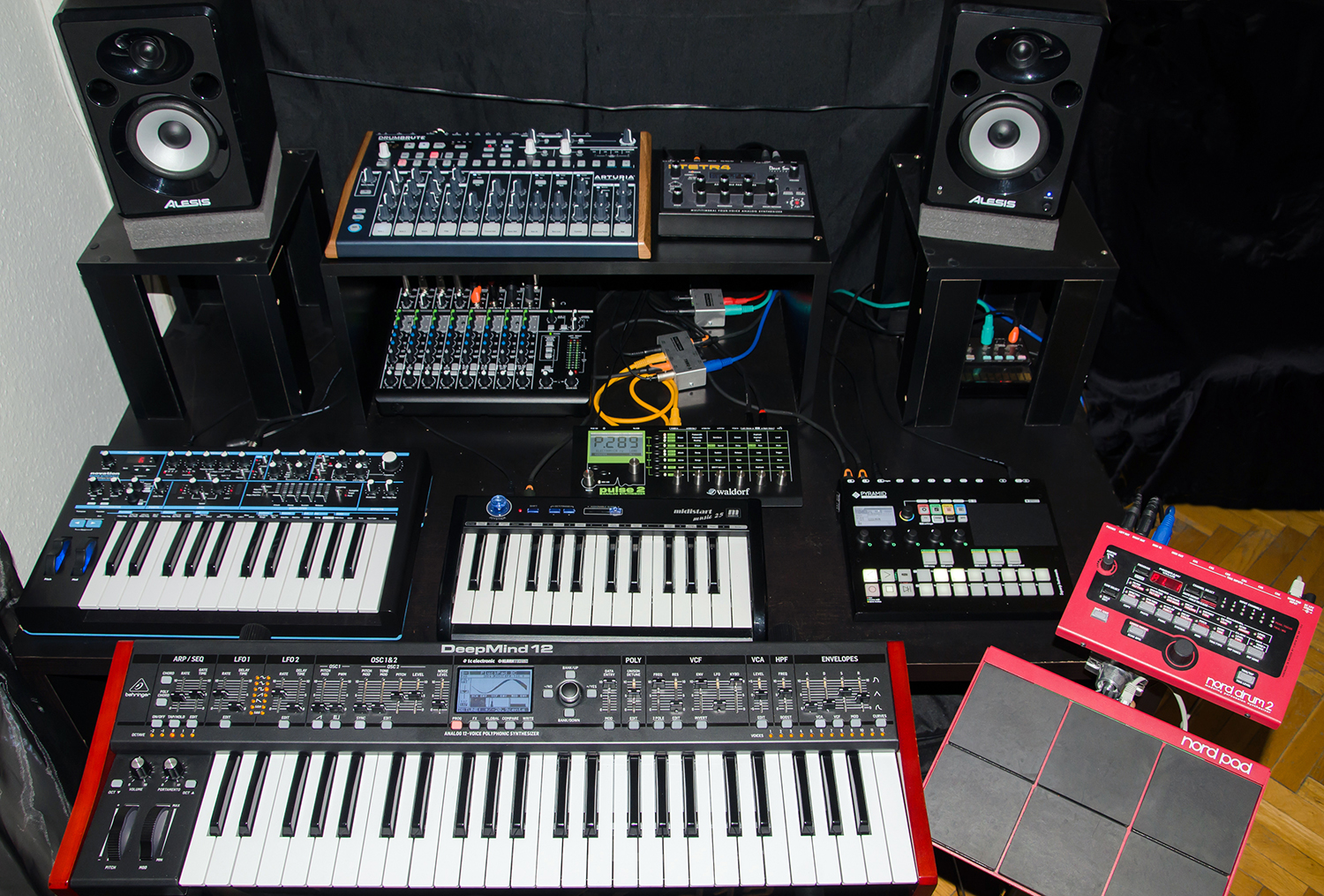 Our new CD Comprende is out now, we’ve received our copies now and it looks really good (especially the booklet), thanks to Gabriel of Twilight Records for the production (and also to Avencio of GH Records, of course, and certainly to Levente, Kornel and Monika for the artwork as well). A few copies are available also from us, see our shop for the details.

At the same time we’ve reduced the price of some other/older items, for example CDs, T-shirts, polo shirts and other merchandising. Limited availability, while stocks last.

END_OF_DOCUMENT_TOKEN_TO_BE_REPLACED

It was 11 years ago when I promised this CD to Gabriel of Twilight Records. After the release of the first album Struggle for Wisdom in 2003, we appeared on many compilations. That time was the golden age of compilations in neofolk, many labels released them around different themes. We received many requests for participation, and although we didn’t accept all of them, the number of songs we wrote for these compilations and split releases was higher and higher, we were very prolific, and certainly all songs were exclusive, written specifically for these releases. We had a good and efficient team for the songwriting and the recording, besides the founding members Gergö and myself we were assisted by Benkö Misi, who wrote most of the keyboard parts (as well as in case of the first album), he had many good ideas, helped us a lot, and also the guys (Toth Agnes and Szabo Mihaly) in Elysion Studio (where we recorded most of these songs) participated actively in these songs, not only in the recording, but sometimes also in the instrumentation (writing keyboard parts, for example).

In those days I got a request from Gabriel, that he liked our music very much and would like to release something from us on his label Twilight Records, for example a collection of compilation tracks. And I answered that it was my intention, too, to collect the tracks from compilations and split releases, but I wanted to do it only after the release of the second album:

“…we plan our next full-length release around 2006-2007. And after that we would like to compile our songs from compilations, vinyls etc., and we’d like to re-record all of them.”

Well, our second full-length album is still not released, and I think it won’t be released in the foreseeable future. But now, after 11 years I’ve finally decided to collect these songs from compilations, vinyls, split releases into one album. As it was planned before, all of them will be re-recorded, some of them will be slightly reworked. All songs will be included in this record, that were completely written by us, both the music and the lyrics (meaning no cover versions, no poem adaptions), accompanied by a new (previously unreleased) version of an old song. 10 songs from the first 15 years of the band, in the “classic Cawatana style”: acoustic guitar-based neofolk with martial industrial, neoclassical influences, with the classic lineup, including both founding members (Gergö and me). For all of those who miss the old sound of Cawatana.

The CD will be released by Twilight Records (Argentina) and GH Records (Spain) as a 4-panel digipak with 12-page booklet, containing all the lyrics and information about the songs.

Planned release date: second half of 2016

END_OF_DOCUMENT_TOKEN_TO_BE_REPLACED

The complete video recording of our concert at Runes+Men Festival in Leipzig, Germany, 2015 is available online now, thanks to Thorium Heavy Industries.